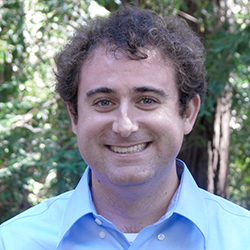 My writing and reporting has appeared in Nature, Science and the San Jose Mercury News, among other outlets. After earning a Ph.D. in physics from the University of New Mexico in 2014, I attended journalism bootcamp at the UC Santa Cruz Science Communication Program.

I like programming, Netflix and podcasts. I once spent a week researching how to start my own brewery.

My training in physics taught me about the building blocks of digital computers. When I came across quantum mechanics—the ironclad laws of the very small—I fell in love. In graduate school I studied how to harness these quantum rules to make new kinds of computers. But as my focus narrowed, my curiosity expanded, and my devotion to a scientific career became uncertain.

Now I satisfy that curiosity by telling science stories. No longer focused solely on quantum physics, I ponder what we know and how we know it.